is a well known large scale property investment, which was created by the Russian developer and billionaire Sergei Polonsky, who had ended on Russia's and Interpol's most wanted list after some of his development's in Moscow had gone wrong, what had made authorities trying to get hold of him.

In fact Sergei Polonsky has been the very first Russian, who got extradited from Cambodia upon request and despite a still missing treaty between the two governments.

Rumors were plenty, that he had failed to get on well with Russian President Vladimir Putin and that FSB agents had been sent out to kill him.

In addition there are several Russians living in Sihanoukville, who have mixed feelings about some of his behaviors.

Some are even calling him mad and dangerous, while he is obviously a spectacular developer.

Not long ago Sergei Polonsky had even ended up in police custody after a dispute with several Khmer officers.

Apart from all that, fun seeking night swimmers are enjoying a small pier and a wonderful shallow ocean full of light reflecting plankton very close to Sergei Polonsky's Morakot bridge. 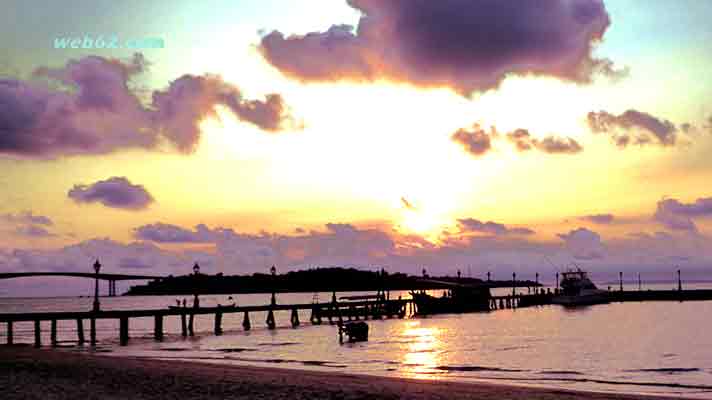